htpasswd is used to create and update the flat-files used to store usernames and password for basic authentication of HTTP users. If htpasswd cannot access a file, such as not being able to write to the output file or not being able to read the file in order to update it, it returns an error status and makes no changes.

Resources available from the httpd Apache web server can be restricted to just the users listed in the files created by htpasswd. This program can only manage usernames and pass- words stored in a flat-file. It can encrypt and display password information for use in other types of data stores, though. To use a DBM database see dbmmanage.

htpasswd encrypts passwords using either a version of MD5 modified for Apache, or the system’s crypt() routine. Files managed by htpasswd may contain both types of passwords; some user records may have MD5-encrypted passwords while others in the same file may have passwords encrypted with crypt().

This manual page only lists the command line arguments. For details of the directives necessary to configure user authentication in httpd see the Apache manual, which is part of the Apache distribution or can be found at <URL:http://www.apache.org/>.

-b   Use batch mode; i.e., get the password from the command
line  rather  than prompting for it. This option should
be used  with  extreme  care,  since  the  password  is
clearly visible on the command line.
-c   Create the passwdfile. If passwdfile already exists, it
is rewritten and truncated.  This option cannot be com-
bined with the -n option.
-n   Display the results  on  standard  output  rather  than
updating  a  file.  This is useful for generating pass-
word records acceptable  to  Apache  for  inclusion  in
non-text  data  stores.  This option changes the syntax
of the command  line,  since  the  passwdfile  argument
(usually  the first one) is omitted.  It cannot be com-
bined with the -c option.
-m   Use Apache’s  modified  MD5  algorithm  for  passwords.
Passwords  encrypted with this algorithm are transport-
able to any platform (Windows, Unix, BeOS,  et  cetera)
running  Apache  1.3.9  or  later.  On Windows and TPF,
this flag is the default.
-d   Use crypt() encryption for passwords.  The  default  on
all platforms but Windows and TPF. Though possibly sup-
ported by htpasswd on all platforms,  it  is  not  sup-
ported by the httpd server on Windows and TPF.
-s   Use SHA encryption for passwords. Faciliates  migration
from/to  Netscape  servers  using  the  LDAP  Directory
Interchange Format (ldif).
-p   Use plaintext passwords. Though htpasswd  will  support
creation  on  all platforms, the httpd deamon will only
accept plain text passwords on Windows and TPF.
passwdfile
Name of the file to contain the user name and password.
If  -c  is  given,  this file is created if it does not
already exist, or rewritten and truncated  if  it  does
exist.
username
The username to create  or  update  in  passwdfile.  If
username  does  not  exist  in  this  file, an entry is
added. If it does exist, the password is changed.
password
The plaintext password to be encrypted  and  stored  in
the file.  Only used with the -b flag.
EXIT STATUS

htpasswd returns a zero status (“true”) if the username  and
password  have  been  successfully  added  or updated in the
passwdfile.  htpasswd returns 1 if it encounters some  prob-
lem  accessing  files,  2 if there was a syntax problem with
the command line, 3 if the  password  was  entered  interac-
tively  and  the  verification  entry didn’t match, 4 if its
operation was interrupted, 5 if a value is too  long  (user-
name,  filename,  password, or final computed record), and 6
if the username contains illegal characters  (see  the  RES-
TRICTIONS section).
EXAMPLES

htpasswd /usr/local/etc/apache/.htpasswd-users jsmith
Adds or modifies the password for user jsmith. The user is prompted for the password. If executed on a Windows system, the password will be encrypted using the modi- fied Apache MD5 algorithm; otherwise, the system’s crypt() routine will be used. If the file does not exist, htpasswd will do nothing except return an error.

htpasswd -c /home/doe/public_html/.htpasswd jane
Creates a new file and stores a record in it for user jane. The user is prompted for the password. If the file exists and cannot be read, or cannot be written, it is not altered and htpasswd will display a message and return an error status.

htpasswd -mb /usr/web/.htpasswd-all jones Pwd4Steve
Encrypts the password from the command line (Pwd4Steve) using the MD5 algorithm, and stores it in the specified file.

Web password files such as those managed by htpasswd should not be within the Web server’s URI space — that is, they should not be fetchable with a browser.

The use of the -b option is discouraged, since when it is used the unencrypted password appears on the command line.

On the Windows and MPE platforms, passwords encrypted with htpasswd are limited to no more than 255 characters in length. Longer passwords will be truncated to 255 charac- ters.

The MD5 algorithm used by htpasswd is specific to the Apache software; passwords encrypted using it will not be usable with other Web servers.

Usernames are limited to 255 bytes and may not include the character ‘:’.

httpd(8) and the scripts in support/SHA1 which come with the distribution. 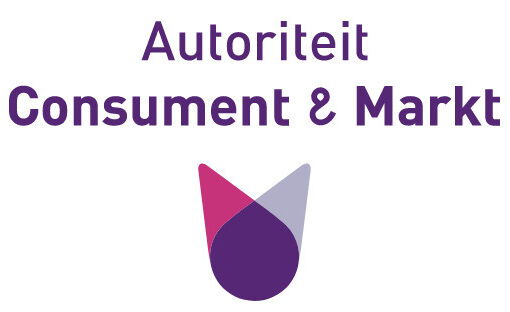 Bonjour (mDNSResponder.exe) is a general method or Apple’s tool to discover services on a local area network; basically what it does is […] 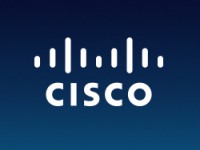 DON’T MIX WIRELESS B/G WITH N Wireless N is supposed to be interoperable with Wireless A, B, and G, but it doesn’t […]